Posted at 22:54h in Uncategorized by Sabrina 3 Comments
0 Likes

Wow. There’s so much I could say tonight. 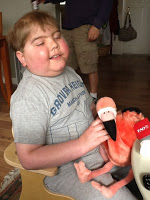 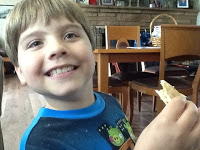 I could talk about how Sam had a nice day and is holding steady at barely walking-talking-but-at-least-he’s-awake-all-day. We went out to the Avila beachfront and walked about halfway down the pier. Sam didn’t mind the bump-bump-bump of his wheelchair on the planks. He had the BEST. HAIRCUT. EVER. from my friend Erin at Jassi and Christa’s Salon in Shell Beach, and looks more like Original Sam. We picked up the teens at the high school and he was so happy to see them. Friends came over to play Uno, and I think the game was too complicated for him or the popcorn was too compelling because I had to play for him. We won. My friend Gina, a make-up artist from New York City, sent a flamingo for Sammy and the prettiest make-up for me and Abby. And once again, we look so good on paper. 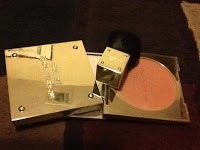 I could also mention that people are still telling me that if Sam just ate (you fill in the blank), or went to Dr. So and So, that we could cure his cancer. Really? I never though of that. It’s not like he wasn’t treated at one of the top 5 children’s hospitals in the country. And certainly his neuro oncologist wasn’t part of a nationwide network of experts, or was he? This is what I like to call, “Blaming the Victim.” Or more accurately, “Blaming the Parents.”

Or we could discuss how intelligent and successful people are still under the impression that the American Cancer Society donates a good portion of it’s money to researching childhood cancers. The portion of the pie allotted to children is 5%. You can read about it on their own website here.