Posted at 17:15h in Uncategorized by John Jeffers 0 Comments
0 Likes

Four years ago today our son Sam died from cancer. It is impossible to convey in words exactly how that leaves a parent, in terms of how we feel, how we now perceive the world, and how we now are “supposed” to live our lives as bereaved parents. We feel it, deeply, yet we cannot fully express what we are feeling. 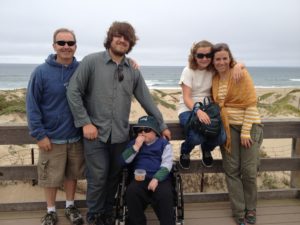 As the years pass, contrary to logic, the loss of Sam has become no easier to cope with. True, on any given day you might catch Sabrina or myself on a “good day” where our social functioning is firing on most cylinders. But there are days—or perhaps more accurately times within days—when we can’t fully distinguish fact from fiction or reality from horrific fantasy; times when we feel lost in an altered state of being that renders us less than whole.

A child is a part of yourself—whether we acknowledge it or not there is a little bit of “us” in them and “them” in us. That’s normally a good thing and a natural thing and is inherent in being a parent. And so to lose a child is to in effect lose a part of one’s self. It’s not that you can’t go on—it’s just that you go on knowing that you are not quite whole anymore, that some piece of you—an important piece at that—is missing. And there is something about this distorted cognition of self that alters your interaction with the world around you.

In order to cope–in order to find that missing piece–after Sam’s death Sabrina and I made the decision to try to do something that might help others who have to face the same fate as Sam or we did. We came to the conclusion that ultimately, this battle will be won by focusing on the end game—on trying to solve the big picture questions of life or death that science or medicine or technology might offer us. So we decided to start a Foundation focused on funding research that would offer the possibility of long-term solutions to difficult problems. 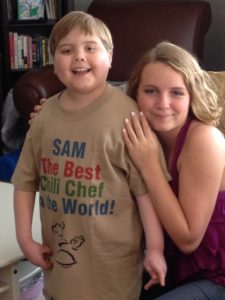 For some perspective, in the mid-1940s, children and adults with leukemia were confronted with what amounted to a death sentence. Leukemia was first described as a disease sometime around 1845, and its earliest victims fell almost universally to a painful death, often within weeks of diagnosis. Leukemia was in many ways a symbol of medicine’s longstanding powerlessness against many diseases of the ages. But little did the world know that medicine was on the verge of benefitting from a post-war boom in research that would revolutionize treatment paradigms for many diseases. Dr. Sydney Farber was one man who looked deeply into the problems of the day and saw a different, brighter future.

Dr. Farber was a pathologist from Harvard medical school who worked at Boston Children’s Hospital. Dr. Farber knew from previous researchers’ work that folic acid stimulates the growth and maturation of bone marrow. He postulated that if a drug could be found that chemically blocks folic acid, it might shut down the production of abnormal marrow associated with leukemia, a disease of the white blood cell-making tissue of bone marrow.

Dr. Farber eventually demonstrated that aminopterin, a compound related to the vitamin folic acid, produced remissions in children with acute lymphoblastic leukemia (ALL). Aminopterin blocked a critical chemical reaction needed for DNA replication. That drug was the predecessor of methotrexate, a cancer treatment used commonly to this day. After Dr. Farber’s early work, researchers discovered other drugs that block different functions in cell growth and replication. The era of chemotherapy had begun.

Metastatic cancer was first cured in 1956 when methotrexate was used to treat a rare tumor called choriocarcinoma. Throughout the 1950s and 1960s Dr. Farber continued to make advances in cancer research, notably the discovery that the antibiotic actinomycin D and radiation therapy could produce remission in Wilms’ tumor, a pediatric cancer of the kidneys. Over the years chemotherapy treatments successfully treated many people with many different kinds of cancer—ALL, Hodgkin disease and testicular cancer all saw cures within a decade or two. 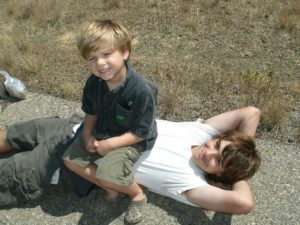 Dr. Farber’s work was historic not just because of its real-world practicality and results, but because it represented an expansion in vision—a new paradigm in thinking that would usher in a wave of dedication and discovery. Dr. Farber’s brother was quoted as saying: “He [Farber] saw that if cancer was going to be conquered, it would require a concerted national effort and a major funding commitment by Congress.” Perhaps even more importantly, Dr. Farber was known for believing that “In cancer, the child is the father to the man”. His successors, including Dr. Emil Frei III, have elucidated Farber’s thoughts by explaining that “Progress in cancer research at the clinical level almost always occurs in pediatrics first. Many of the treatments we now have for adults are based on what we learned with pediatric patients.” This is critical to grasp. 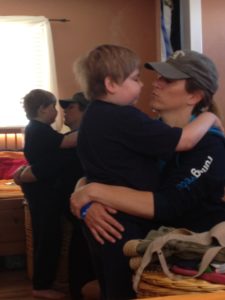 Sam died because research in cancer has historically been focused on the most common of cancers. Sam’s Foundation, along with others who understand the special problem—and opportunity—of childhood cancer, as did Dr. Farber, is trying to broaden the scope of research beneficiaries and push the needle of progress even further. Awareness=Funding=Research=Cures. Please, join the fight. It is working.