Posted at 18:05h in Uncategorized by Sabrina 0 Comments
0 Likes 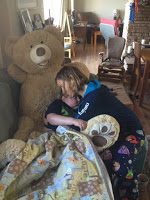 Two years ago today our Sam lost his battle with brain cancer. Often it seems like it was just yesterday when we held his hand, hugged him, kissed him, whispered “I love you” over and over again softly in his ear. We wanted Sam to know—desperately wanted him to know—how much we loved him, before he was gone.Before it was too late. 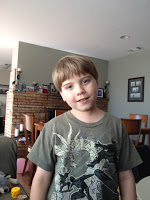 It is of course trite to say “love them while they are here”. We know that. But it never really hits you with its full magnitude until you lose someone so special, and so very dear to you. Someone that you felt connected to from the first moment you saw them, and whom you felt completely inseparable from. Someone who you never could have possibly imagined you would outlive. Someone who it was simply unthinkable that you would have to bury. 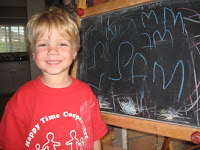 As we have written before, losing Sam in many ways still doesn’t seem real. There are times when I actually think to myself that he is away at camp or at a friend’s house or—I don’t know—somewhere, and that he will be home shortly. It is at those times that the loss becomes even harder to bear, because it comes as such a slap to the face when you realize that he truly is gone. And that he is not coming home today, tonight, tomorrow—forever.

As often as we feel that Sam was here just moments ago, so too do we often feel as if Sam died ages ago. In fact, sometimes it seems as though he might not have ever actually been here at all.As strange as that may sound, sometimes there is a blur between reality, delusion and nightmare.Sometimes, the fog and haze and pain of loss swirl together to form a cloudy nothingness, where you have trouble understanding what has happened, because it all seems so surreal. Surely, there is no possible way that God or anyone or anything else would ever take away an innocent child from his parents. That wouldn’t be right. That wouldn’t be natural. And so it couldn’t have happened, right? None of this must have happened. 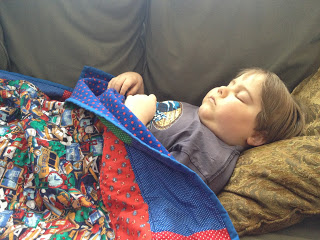 Years ago I sometimes thought of myself as a loner—someone who was more-or-less okay being alone. But I soon found out that’s not true. Not even close. When you find a companion, have children, start a family, make new friends, get a cat or dog—and then lose them—you realize how important it is to love and be loved. You understand the overwhelming joy of family, companionship, camaraderie.You realize the significance and true meaning of friendship. You see the importance and incredibly uplifting power of community.And ultimately you understand deeply what it means to do for others and leave a legacy for society.

I often tell people that I could curl up into a little ball in the corner and cry all day…..but what good would that do? Nothing at all. So instead, we decided to put one foot in front of the other and just keep going. And we also decided to pour our hearts into trying to make it so that no other child, no other family, has to go through what Sam or we did. Sam’s Foundation is starting to thrive. I think he would be so, so proud of some of the things we have been able—because of the generosity of others—to do in his name and some of the things that we have planned.< 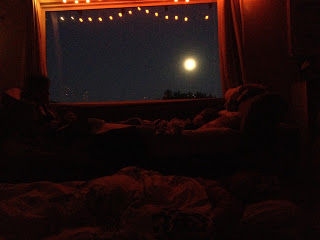 As a particularly moving example, the other day I received a phone call from Dr. Mark Souweidane of the Weill-Cornell Medical Center.Dr. Souweidane is the head pediatric neurosurgeon at Memorial Sloan-Kettering in NYC, and he is one of two doctors who runs the Children’s Brain Tumor Project.Dr. S called me to say thank you for our recent Foundation donation to the Brain Tumor Project.We chatted about his clinical trials and other medical and research issues.Then I asked him: “How can we best help? How can we really make a difference?” Dr. S told me that he’d like to see Sam’s Foundation set up a Fellowship at Weill-Cornell.A Fellowship in Sam’s name and in his honor that would fund a full-time, dedicated researcher that would work under his direction on ground-breaking research and pioneering projects and studies.What specifically would he research, I asked?Thalamic Glioma was the reply.I was stunned.

For those of you who don’t know, Sam had a thalamic glioma.As far as we know, there is no one in the world that has really studied thalamic gliomas.No one….until now. Dr. S would like to eradicate all types of brain tumors in children, but targetedresearch is critical, because even those brain tumors situated in the same anatomical region have distinct molecular and genomic features that might influence treatment plans. And even though these tumors are rare and require concentrated research efforts, there is every reason to believe that this targeted research will pay enormous dividends across the spectrum of children’s tumors. Every step forward we take in this area has a cumulative effect and builds upon itself, leading to further medical advances. For Sabrina and myself—and the Foundation—this is huge. It is an opportunity to both fund a project that is near and dear to our hearts and at the same time holds a tremendous amount of potential for broader advances in children’s cancer research. 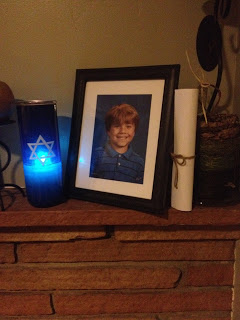 We hope and believe that Sam’s Foundation, supported by the generosity of our donors and the community, will help build a bridge to tomorrow’s advances and breakthroughs that will give future Sammy’s a chance.Ten years ago, if another family had had an opportunity to do something like this, it is possible that Sam might have lived.Ten years from now, it is our fervent wish that some other child will be able to live if he or she hears those same dreaded words that we did.

To help us make this vision a reality please visit samjeffersfoundation.org.

Thank you so much.