Posted at 11:38h in Uncategorized by Sabrina 0 Comments
0 Likes

I don’t have a Mother’s Day post, but John does. I always thought that Mother’s Day, like Valentine’s Day and Father’s Day, is not a real holiday. I call them Hallmark Holidays. You know, holidays made up by companies that make money off of holidays. Don’t get me wrong, I’ve always enjoyed the handmade cards and gifts that came from my children. I treasured their joy, their love. I no longer have a little one in elementary school making gifts and cards. Childhood is suddenly over. I get to think about that every day. I get to miss him every day. I get to question whether I did enough every day.

It is so sad going through a Mother’s Day without Sam. I can honestly say that this is the first “going forward” milestone that has hit me. I hadn’t been feeling too bad about some of the others, even Sam’s own birthday, but for some reason him not being here for Mother’s Day is getting to me.

I think one reason is that for last Mother’s Day, he had woken up early and made Happy Mother’s Day pictures for all of us. At the time, we just thought it was Sam being “cute”, making something for everyone, which was definitely not out of character for him. But now, looking back, I think it was a sign of his mental health going downhill. There was something wrong and he was starting to get a little confused. It was just a few weeks before we were told he was going to die, and we had just begun to notice a change in him.

His balance was off, and he was tripping and stumbling a bit more than he used to when his little rubber clogs would catch on the ground. Sometimes he would seem to not be paying attention to us, seeming a little aloof and “distant” from time-to-time. At first, we thought it was just that he had a cold, and the congestion (combined with the tumors) was just exerting a bit more pressure than usual, and it would get better. Then it got a little worse, and so we thought maybe it was the increased keppra (anti-seizure) dosage, which can make you a little foggy, as your body adjusts. Then we thought maybe it was “chemo brain”, and the latest round of chemo was having a different or perhaps cumulative effect, which would go away soon after we halted that round.

But when I expressed my concerns to Dr. Greenfield at Cottage Hospital, he actually took it very seriously, so much so that I found myself uncharacteristically “arguing” with him about how it was probably just the cold. And he said “well, maybe, but maybe not.” He knew. And I was in denial.

After that visit to Cottage we immediately told Dr. Brown at Children’s Hospital that we wanted his next MRI moved up, and so that’s what we did……and on May 29, 2013 we were told to start planning for Sam’s end of life, that there was nothing more we could do.

To this day, I still cannot believe what happened. After that appointment, Sam, Sabrina and I went to the Denny’s down the street in Hollywood—just like always. Sam ordered his mac-n-cheese and grapes and goldfish—just like always. Sabrina and I ordered soup, and barely touched it. As he sat there eating I watched him so intently—wondering exactly what the future held for him, and for us. He was so cute, and innocent. He had always been such a trooper and so trusting and did everything anyone ever asked him to do to make those tumors go away. And we couldn’t figure it out. We couldn’t help him. No one could.

On the drive home I think it finally hit him. He cried and lashed out: “It just seems like everything’s just impossible”, he said. And as he cried—one of the very, very few times he had done so throughout his entire nightmare of living with cancer—tears just streamed down my face as we drove down Ventura Highway. I wanted to rip the steering wheel out of its column; I was so angry and so sad for him. We had let him down. And there was nothing we could do about it.

It was a day I will of course never forget. And today, sitting here under his Happy Mother’s Day picture that hangs on the bed still, I now know that when he drew that, he was very sick, and in less than six months he would be dead. It’s just incredible to me.

I hope my wife can find some joy on this day. She deserves it. She’s still a momma—and a damn good one too. We all love her and I know Sam’s looking down on her and just like last year saying: “I hope this day is like 50 birthday’s!!! Happy Mother’s Day, Mom! I love you! Love, Sam” 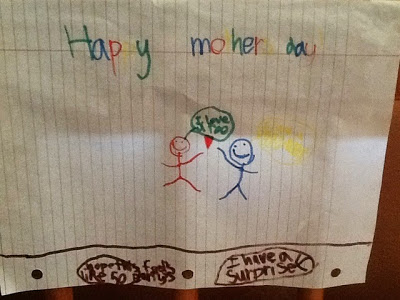 Happy Mother’s Day. I love you more than anything. I love you too. I hope this feels like 50 partys. I have a surprise. 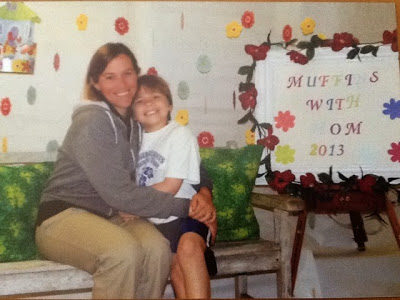 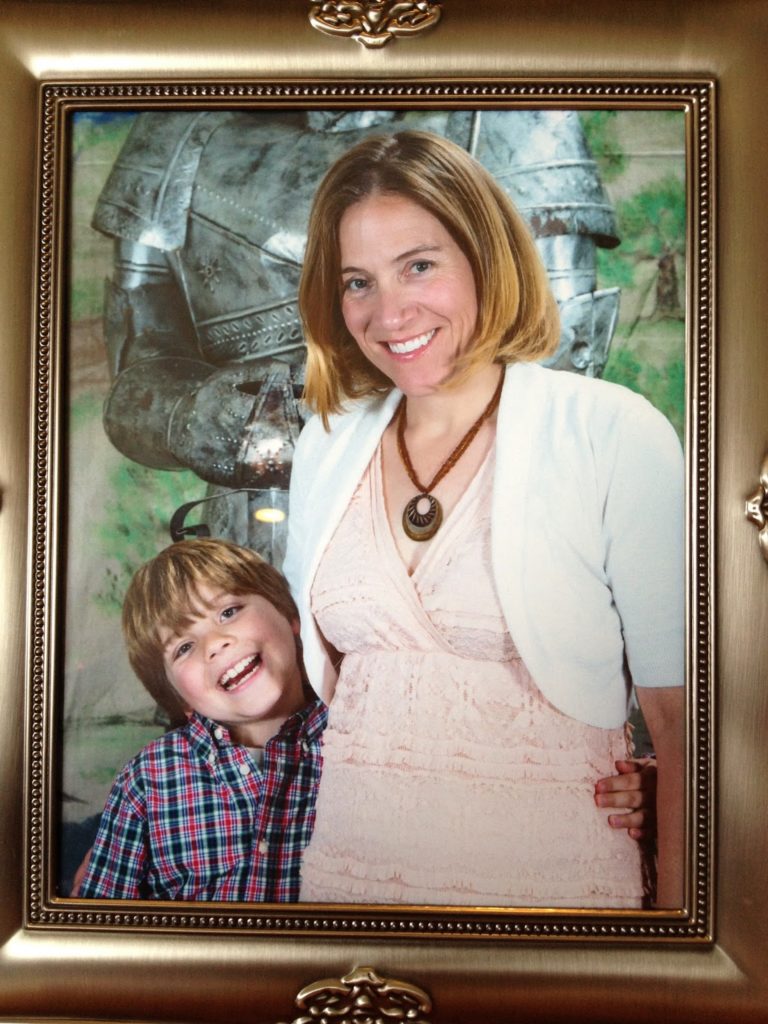