Posted at 22:10h in Uncategorized by Sabrina 1 Comment
0 Likes 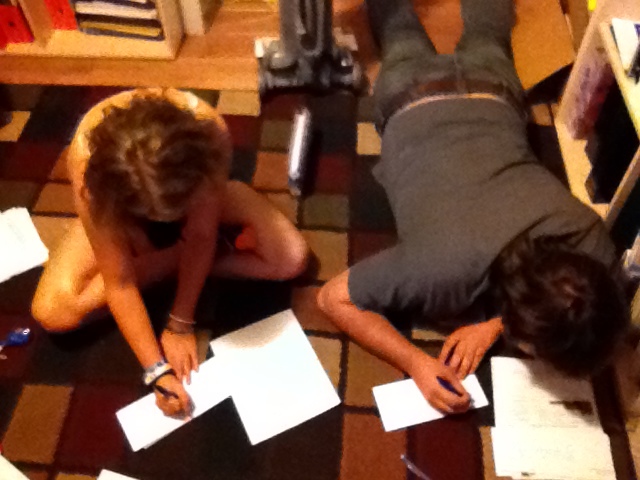 As I attempt to start this post the teens are lying on the floor behind me addressing envelopes for their high school band’s sponsorship drive. They are not quiet, and I’m a little disturbed because in this day of email, texting, and instant messages, they don’t know how to address an actual envelope made out of paper. They also HAVE to know why the zip codes for Arroyo Grande homes and post office boxes are different. WHY don’t these married people have the same last name? Do ALL California zip codes start with 9? Are you SURE? And they’re laughing. I feel so normal and annoyed, and then I remember why I’m writing this…

Sam really had a lovely day. Probably for the first time in West Coast Jeffers Family History we BBQ’d on Labor Day. We had a visit with giggles from Teacher Neita (preschool teacher to all the kids), and we walked with Bubbe and Poppy (my parents) on the boardwalk at Oso Flaco Lake. 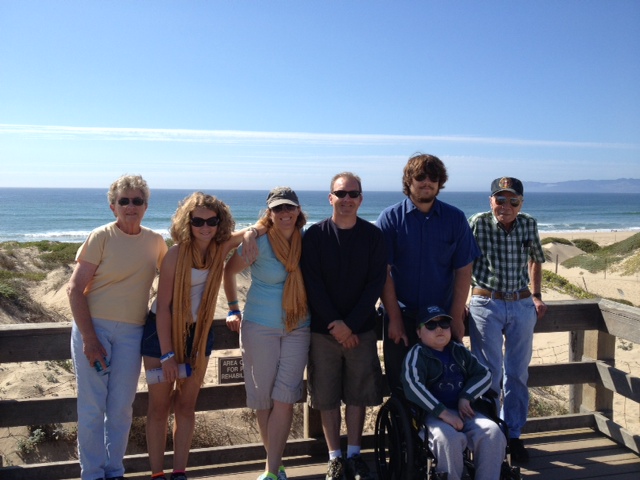 We arrived home to a front door jammed closed because Chance (no pets allowed at Oso Flaco) had the rug shoved up against the door and the kitchen trash dumped and spread all over the kitchen. Except for a cob of corn to which he gave special ranking with a spot on his bed. 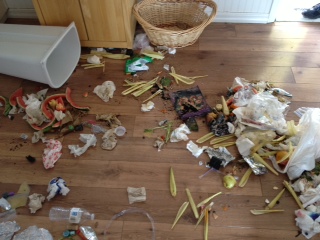 There’s more. This shot is not wide enough to do Destructo Dog’s work justice.

See, it’s not all rainbows and unicorns at the Jeffers’ residence.

Bedtime was crappy. Sam was restless, making noises with every exhale and constantly shifting position. He said he was afraid of having a seizure. He’s convinced he has seizures all night long. I tried to console him by reminding him that I sleep with him at night, and I would surely know if he was seizing all night (he’s not), and I would definitely wake up and take care of him if he were to have a seizure. Finally after two .25 ml doses of Ativan and a long time cuddling with Mom and then Dad, he fell asleep.He shouldn’t have to be so scared and worried. I just want to take it all away, but I am powerless.